Representative Stephen Meeks
During the session, this past Spring, I requested the Arkansas State Police look into creating a *ASP call program that will allow motorist to report non-emergency, potentially hazardous roadway issues. This would include things like debris, hazardous driving, severally damaged roads, and so forth. The idea is to allow for the situation to be corrected before it leads to a tragedy. It is a program that many other states have.

I received an update this morning. ARDOT is about ready with the highway signs and State Police is working on MOUs with the major cell phone carriers. Hopefully in the next few months we'll see this implemented across the state and it'll make for safer travels.
30 3    View on Facebook

Representative Stephen Meeks
FLAG AT HALF STAFF FOR LT. MITCHELL

United States Air Force Pilot, Lieutenant Henry Donald Mitchell of Harmon, Arkansas, disappeared on July 8, 1944, while on a fighter sweep in Vienna, Austria. Lt. Mitchell was flying in the No. 2 position as the flight was engaged by enemy aircraft. Lt. Donald E. Wimmer, flight leader of Green Flight, observed enemy aircraft attacking from the rear and noticed Lt. Mitchell's P-38 aircraft had disappeared.

Through DNA analysis, Lt. Mitchell was identified and, after 77 years, will be brought home to rest.

In tribute to the memory of Lt. Henry Donald Mitchell, and as an expression of public sorrow, Governor Asa Hutchinson has directed the United States flag and the state flag of Arkansas to fly at half-staff from sunrise September 13, 2021, to sunset on September 14, 2021.

The State of Arkansas is honored to bring home Lt. Mitchell and to remember his life and service to this Nation.
18    View on Facebook

Committees I Serve On:

Rep. Stephen Meeks ·
@RepStephenMeeks
While the weather inside might be chaotic, outside it's a beautiful day at your Arkansas State Capitol! 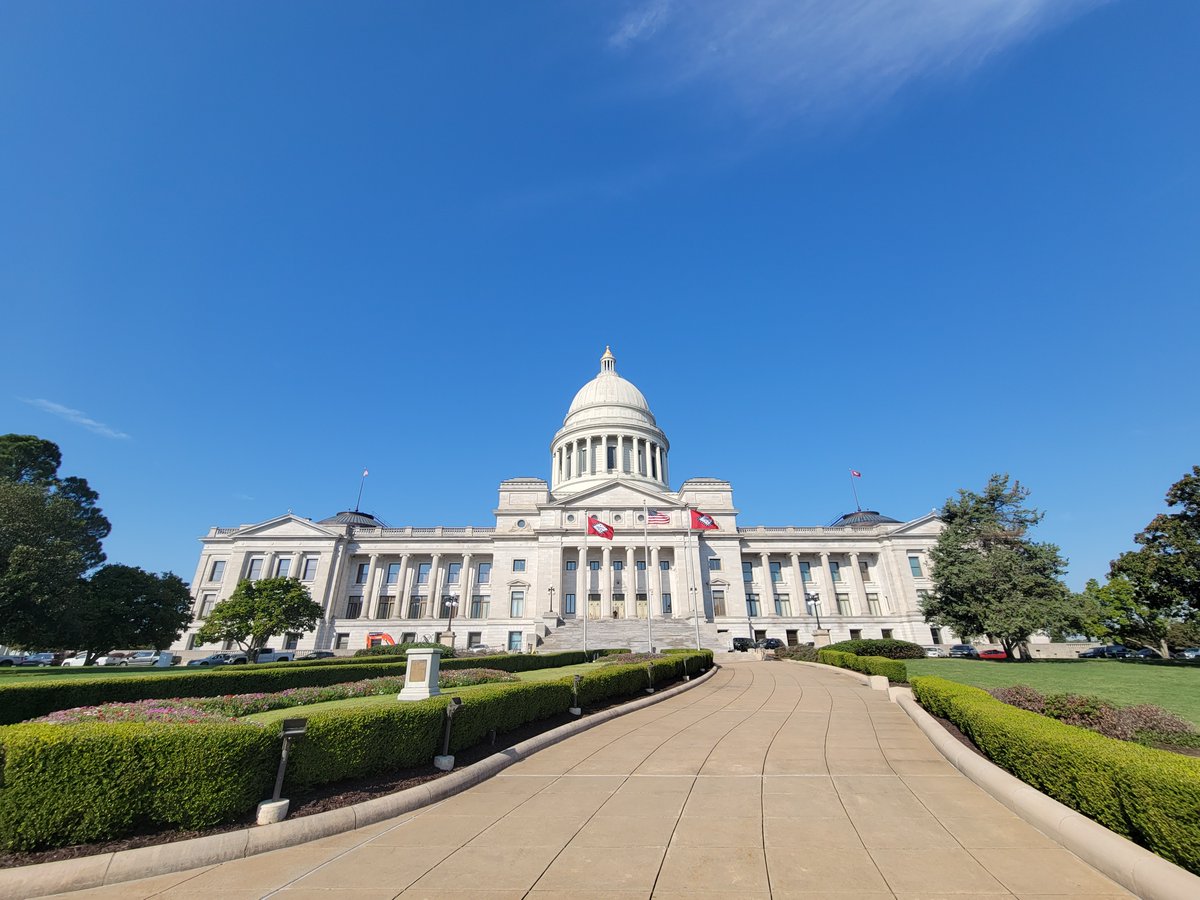 Rep. Stephen Meeks ·
@RepStephenMeeks
For the first time since I've been doing the Adjourn motion, it failed. It subsequently passed on a roll call.....

House is adjourned until 9am tomorrow.
#arleg #arpx
View on Twitter
2
6

Rep. Stephen Meeks ·
@RepStephenMeeks
I have consulted our legal staff regarding the Emergency Clauses on the Constitutional Redistricting bills and been advised they are largely irrelevant. The laws would take effect in January, in plenty of time before the filing period for office.

Did you know:  Rep. Meeks is the senior member of the Arkansas House of Representatives.